The Lessons of Monopoly

When our children got old enough, we'd play Monopoly, a game that was an important part of my childhood. The vivid orange of Tennessee Avenue. The royal blues of Boardwalk and Park Place. The little man with the mustache being hauled off to jail. And all that pastel colored money.

But if I play Monopoly now, it's only to teach my kids how badly its lessons prepare you for the real world.

In Monopoly, whoever has the most toys wins and winning means taking everything belonging to everyone else.

In Monopoly, landlords are parasites that eventually drive everyone into bankruptcy. And bankruptcy is like death. Game over.

Monopoly is the ultimate zero-sum game. You profit only by taking from others. The assets of its world are fixed in number. Yes, you can build houses or hotels, but somehow, the greater the supply of places to live, the HIGHER the price, an absurd contradiction to real-world economic life. 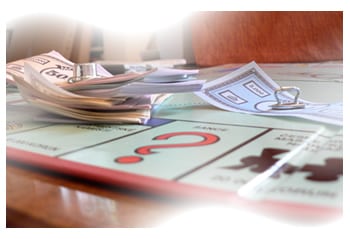 In Monopoly, hotels never get a makeover and railroads, unlike Amtrak, are always profitable.

In Monopoly, getting rich and succeeding in business only comes from exploiting unlucky suckers who randomly enter your life. There's no role for hard work or creativity— figuring out what customers might want to buy that isn't being offered by a competitor. There’s no competition.

I know. That’s why it’s called monopoly. But only Marxists look at the world of capitalism the way the game of Monopoly does—as an unrelentingly gloomy system of exploitation where the rich eventually wear everyone else down.

Ironically, most of the new board games with more realistic economic lessons come, like Karl Marx, from Germany.

In games like The Settlers of Catan players compete, but they also cooperate and trade in various ways. One player’s economic success can end up benefitting fellow players. Yes, there’s a random element to success but life has that too. And in these new German-style board games as they’re sometimes called, strategy and skill matter more than the roll of the dice.

So leave Monopoly on the shelf and try the Settlers of Catan. My wife usually wins when we play, but at least my kids learn about the value of trade and cooperation in creating wealth and success.